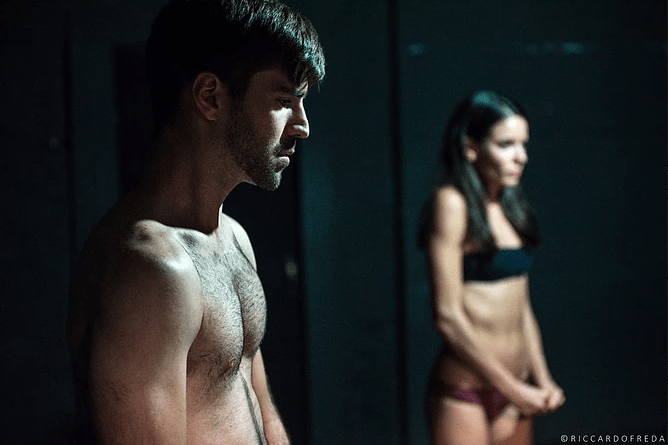 Contamination The theme of the play is the contamination, meant as the archaic meaning of miasma, the infection considered as guilt, represented in the history of Disease. While the virus was linked to the idea of guilt, during the HIV age, in this play, it transforms into a necessary prerogative in order to make it to the audition.

In a few words How much is your dignity?