What can you see in Fraternita dei Laici Museum?

When we visit Piazza Grande in Arezzo, we cannot help but see this beautiful Gothic building with a big clock laying on its far end.

Did you know that the tribunal of the Roman rota rented the building in 1786?

Today, the tribunal is not there anymore but rather a museum including a large number of art pieces – of which I only know a small part.

So, out of curiosity, I went inside the Fraternita dei Laici building and I met one of the rectors, Daniela Galoppi, whom I asked a few questions. 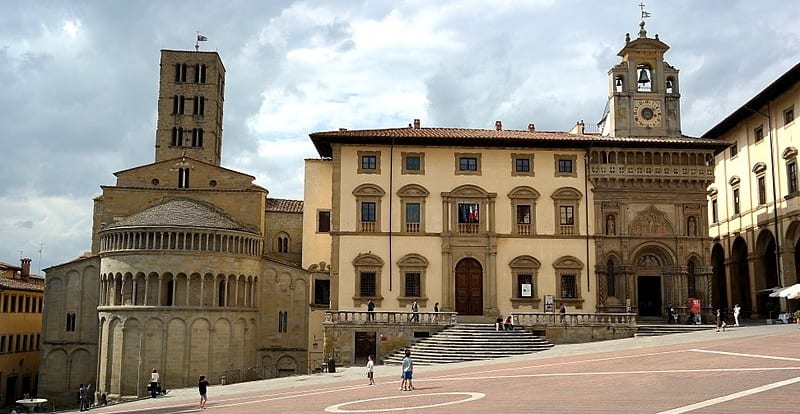 How long have you been working in the Fraternita?

In 2015 the mayor, Alessandro Ghinelli, called me to be a part of the Magistrato di Fraternita alongside four other rectors.

I have a degree in History of Art and one in Conservation and Restoration of Cultural goods; inside this institution, my job is to promote and protect the vast artistic heritage, as well as organising exhibitions and cultural events.

What does the Fraternita do and what activities and events does it offer to the city?

The activity of the Fraternita has been attested since 1263 and it has always had and important role for the local community, not only as a religious and charitable institution, but also as political and cultural landmark. It has been supported through the century thanks to benefactors who let go of their goods.

In 2018 we set up a new museum itinerary that allows the visitor to set off on an educational – and at the same time innovative – journey. Art, history, conferences, teaching, tastings, exhibitions and concerts coexist in a timeless place, in a city that already attracts tourists thanks to internationally renowned artist such as Piero della Francesca, Cimabue, Vasari, Bartolomeo della Gatta, etc.

Despite this financial crisis, we still manage to elaborate projects, which perpetually renew traditions thanks to our little big museum, the rich historical archive and the daily commitment of many enthusiasts.

We also edit a review, called Annali Aretini, which collects historical, artistic, social and agricultural essays about our territory.

Moreover, the Fraternita is owner of a big farm in which oil, wine, flour, fruit and specifically apples are grown and produced; all these products are sold in the bookshop, inside the building. 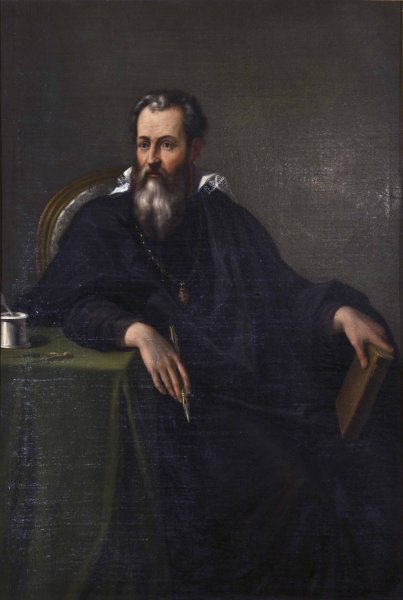 Now le’s get down to specifics: your museum boasts art pieces from masters such as Spinello Aretino and Giorgio Vasari. Which are the main collections of the museum?

The new museum itinerary is divided into sections by illustrative panels which tell the story of the Fraternita and collect important works that communicate its meaning and social engagement over the centuries. An example could be the San Rocco painting in front of the Fraternita, made by Bartolomeo della Gatta, who is the most important painter in Southern Tuscany after Piero della Francesca. A long inscription commemorates the names of the Rectors who commissioned the painting during the plague of 1478, which struck in Arezzo. In this occasion, the religion institution, in compliance with the humanitarian goals for which it was once instituted, devoted itself to help and cure the plague-victims.

Among the most important works, I recall a lunette representing the Pietà, the Logge del Vasari wood model a black pencil drawing always by Vasari.

And then, so many more such as the portraits of the Tuscan grand dukes by Pietro Benvenuti and so much more.

Speaking about the single works inside the museum, what is it that locals don’t want to miss? Why?

The Fraternita is and represents the story of Arezzo, however many locals do not know this; I suggest that the citizens visit the building where they will discover their own origins and satisfy their curiosities about more than seven centuries of history.

You ask why? Because it is important to recognise oneself as a local, to feel a sense of belonging, to give a meaning to one’s origins, to be proud and respectful.

What are you recommendations for tourists?

For a start, a coffee in Piazza Grande, under the Logge del Vasari, and then a visit to the Fraternita museum. From our building, you can enjoy an exclusive panoramic on Piazza Grande, one of the most beautiful Italian squares.

Then, I recommend starting from the first room, also known as dell’Udienza with a big fresco of the Madonna della Misericordia, made in 1448 by Parri Spinelli.

I was very curious about the clock and I wanted to ask you how it works.

The original mechanism was made in 1552 by Felice Fossato and it is very rare. The clock is a Ptolemaic one, and it works thanks to gravity and a system of three different counterweights held by big ropes.The ingenious mechanism indicates not only the hours – in Roman numbers – but also the days, moon phases and the motion of the sun across the Zodiac.

The clock is one of the most ancient in Italy and the legends has it that Maestro Felice was made blind after giving it to the locals, so that he could not make more samples of it.

From the same floor, the visitor can access a panoramic terrace overviewing Piazza Grande and the whole city.

And finally, how and when can visitors come visit the museum?

The museum is always open, seven days a week, from 10.30AM to 6PM. Tickets are 5 euros each. For groups over 15 people, there is a discount. We also provide guided tours.